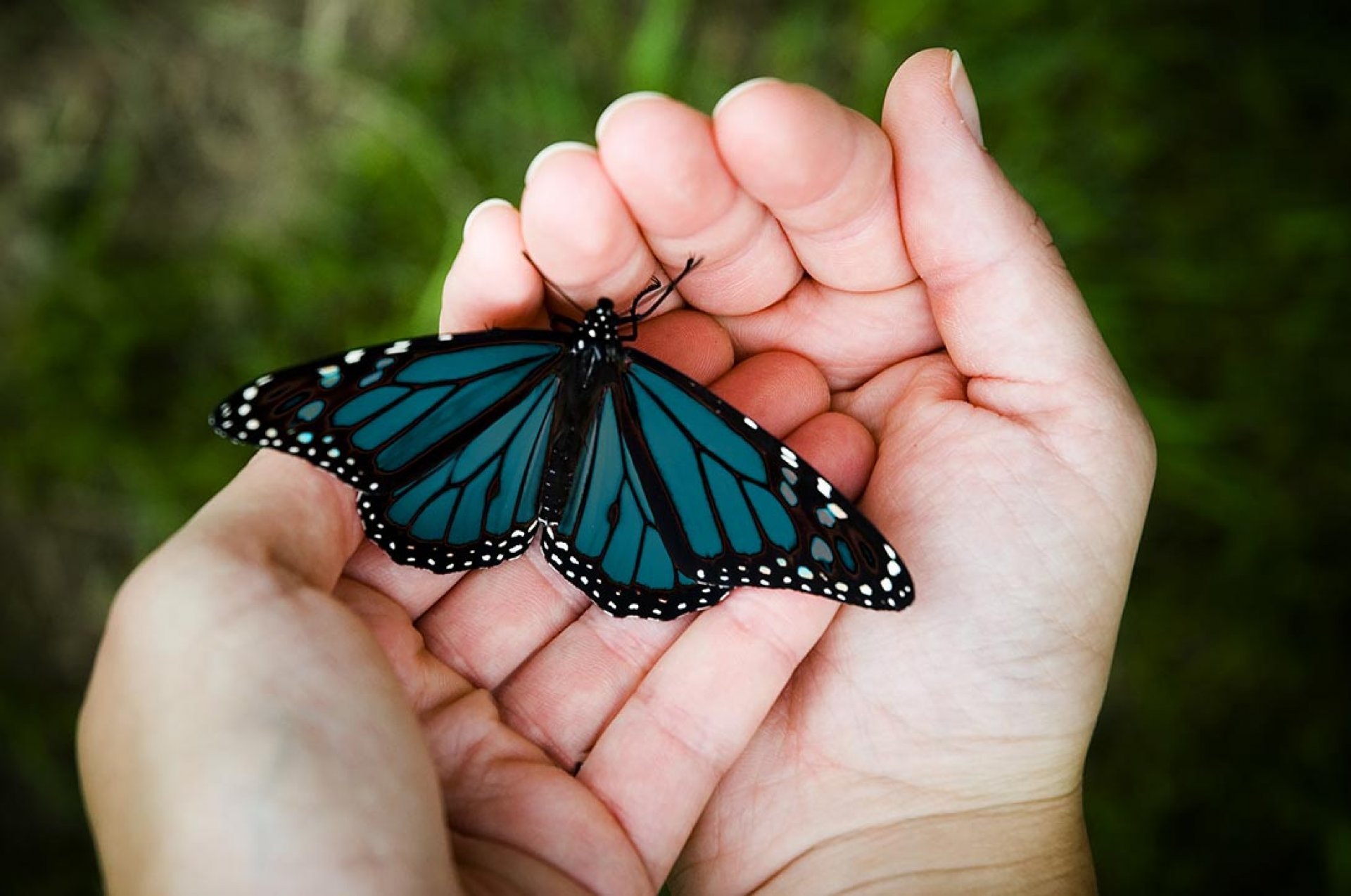 The Care brand pillar is our portfolio of products and services related to special care and consumer healthcare. It includes:

Organ failure happens when an organ loses its ability to perform its physiological functions, and this creates a potential threat to both the quality of life and the survival of the patient.

The kidneys cover various physiological functions, ranging from filtering the blood to remove waste products to maintaining the electrolyte balance, and regulating the production of red blood cells via the hormone erythropoietin. Regarding renal impairment, its severity is usually quantified through laboratory analysis, ranging from mild (grade 1-2) to end-stage disease (grade 5). The latter has two possible therapeutic approaches, either dialysis or transplantation. The first is a palliative treatment where an external machine replaces the filtering function of the kidney. Although effective, in most cases this approach requires the patient to return frequently to the hospital for long and unpleasant sessions. In the event of transplantation, however, a new and functioning kidney (a graft) is added through a surgical procedure to recover the lost function.

For patients with liver failure, the situation is even more complex. A functioning liver is in fact absolutely essential for survival and, at the moment, there is no corresponding palliative therapy such as dialysis for patients with severe hepatic impairment. The only therapeutic approach is therefore represented by a transplant. Unlike renal transplant, the original liver is removed during the surgical procedure and then replaced by a new organ.

Two important limiting factors for transplants are represented by the availability of organs, which remains substantially inferior to the demand, and by the biological and immunological compatibility between the graft and the recipient. Physiologically, the immune system protects the body from external pathogens, by recognising what belongs to the host (self ) from what does not (non-self ). Though critical in defending a healthy individual, in a transplanted patient receiving a graft from a donor (thus, strictly speaking, non self ), this mechanism results in the immune system recognising and attacking the transplanted organ (rejection). Currently, the standard of care for the prevention of organ rejection is a combination of immunosuppressive drugs, aimed at lowering the reactivity of the immune system enough to avoid rejection, but at the same time not enough to expose the individual to an increased risk of opportunistic infections. The treatment is administered throughout the entire life of the transplanted organ. The average survival of a transplanted kidney is approximately 10 years, and is slightly lower for a transplanted liver.

The standard of care currently in use is based on a triple combination of immunosuppressant agents, of which tacrolimus represents the main pillar.

Inflammatory bowel disease (IBD) includes two types of conditions: ulcerative colitis and Crohn's disease. The cause of chronic inflammation of the intestine is still unknown, but, among the hypotheses formulated, the most accredited is that of an abnormal reaction in the regulatory mechanisms of the immune system. Some bacteria and viruses may also play an important role in flare-ups of the disease. Chronic intestinal diseases have a certain degree of familiarity, but they are not hereditary diseases.

Ulcerative colitis is a chronic inflammatory disease that affects the internal surface of the intestine, directly affects the rectum, but can also extend partially or totally to the colon. Some clinical aspects of this pathology can also be found in Crohn's disease, which, unlike ulcerative colitis, affects the entire gastrointestinal tract.

Rheumatoid arthritis is an autoimmune disease that results in a chronic, systemic inflammatory disorder that may affect many tissues and organs, mainly flexible (synovial) joints. It can be a disabling and painful condition, which can lead to substantial loss of functioning and mobility, if not adequately treated.

The process involves an inflammatory response of the capsule around the joints (synovium) secondary to swelling (turgescence) of synovial cells, excess synovial fluid, and the development of fibrous tissue (pannus) in the synovium. The pathology of the disease process often leads to the destruction of articular cartilage and ankylosis (fusion) of the joints.

Onset is uncommon under the age of 15 and from then on the incidence rises with age until the age of 80. Women are affected three to five times as often as men.

Ankylosing spondylitis (AS) is a chronic inflammatory disease of the axial skeleton, with variable involvement of peripheral joints and non-articular structures. AS is a member of the group of the spondyloarthropathies, with a strong genetic predisposition. It mainly affects joints in the spine and the sacroiliac joint in the pelvis, and can cause eventual fusion of the spine. Complete fusion results in a complete rigidity of the spine, a condition known as "bamboo spine". It usually begins in the second or third decade of life and has male preponderance.

The etiology of AS is unknown, but a combination of genetic and environmental factors work together to produce the clinical disease.

Osteoarthritis, more commonly known as arthrosis, is the most common form of arthritis and affects millions of people around the world. Often called wear-and-tear arthritis, osteoarthritis occurs when the protective cartilage on the ends of bones wears down over time.

While osteoarthritis can damage any joint in the human body, the disorder most commonly affects joints in the hands, neck, lower back, knees and hips.

Osteoarthritis gradually worsens with time, and no cure exists. However, osteoarthritis treatments can slow the progression of the disease, relieve pain and improve joint function.

Cardiovascular diseases (CVD) are the number one cause of death globally: more people die annually from CVDs than from any other cause.

CVD refers to any disease that affects the cardiovascular system, principally cardiac disease, vascular diseases of the brain and kidney, and peripheral arterial disease. The causes of CVD are diverse, but atherosclerosis and/or hypertension are the most common. In addition, as the ageing causes physiological and morphological changes that alter cardiovascular function and lead to an increased risk of CVD, even in healthy asymptomatic individuals.

In the fight for the prevention of CVDs, the strongest effort focusses on the treatment of hypertension, as it is one of the biggest cardiovascular risk factors. As a matter of fact, it substantially increases the probability of cardio-, cerebral- , and reno-vascular adverse events. Moreover, the possible association with other prominent risk factors, such as hypercholesterolemia, smoking and diabetes, brings about a further significant increase in probability. Therefore, the therapeutic choice must be based on individual global cardiovascular risk calculation, considering age, gender, past occurrence of cardiovascular events and presence of other associated risk factors.

The Consumer Healthcare portfolio includes numerous branded products aimed at providing people with a range of healthcare and self-care solutions that enhance their health and wellbeing.
The portfolio is composed by local Chiesi OTC products, different from Country to Country, and the NHCO portfolio (as of today mainly available in France)

NHCO is a French food supplement Company founded in 2008 and acquired from Chiesi in 2018. Leader in the world of micronutrition, NHCO focuses on research and development of formulas based on amino acids, through an innovative science called AMINOSCIENCE®. The scientific connotation stands out from its name, which is an acronym for the letters that identify Nitrogen, Hydrogen, Carbon and Oxygen, the building blocks of all amino acids.

AMINOSCIENCE® constitutes the study and understanding of amino acids and their application as nutritional supplements, focusing on the production of patented complexes that combine amino acids to plants, vitamins and minerals with the objective of developing products that provide specific, powerful, and highly technical responses for individuals who seek solutions to improve their body’s physiological function.