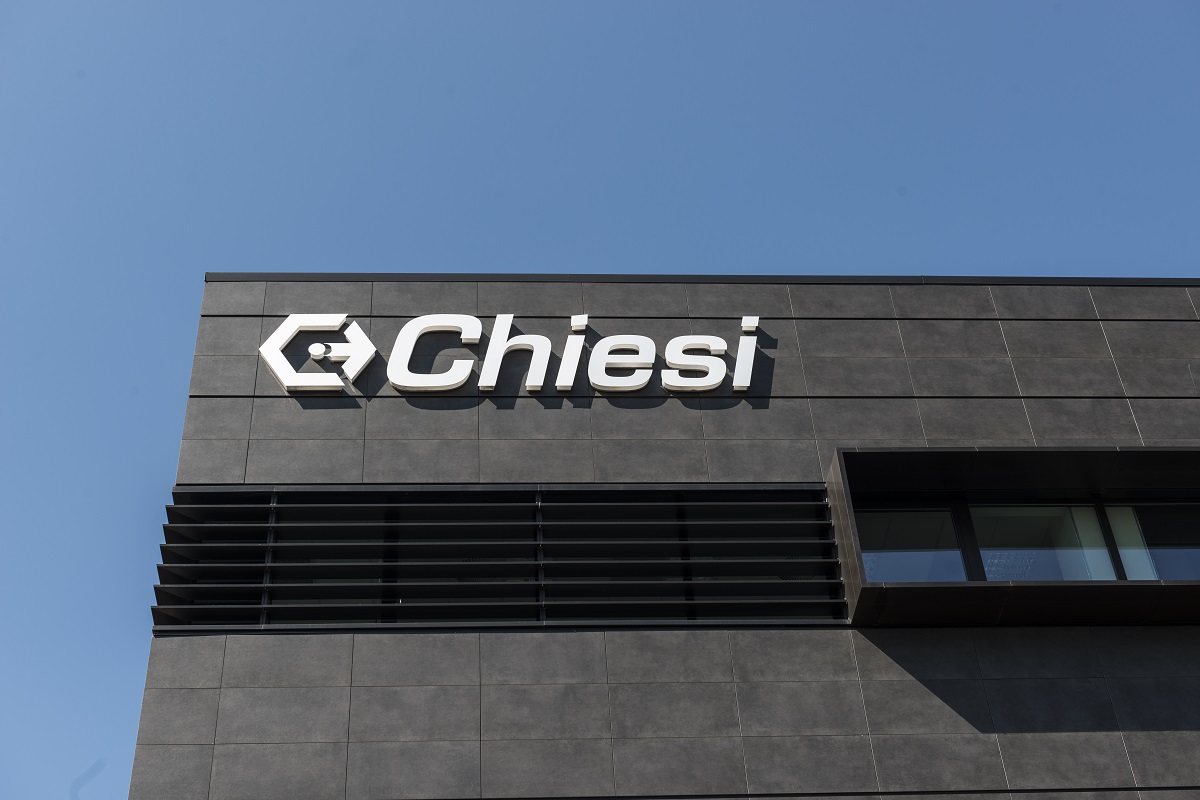 For the second time, Chiesi’s extrafine fixed dose ICS/LABA/LAMA triple therapy earns a place in the pages of The Lancet, with the publication of Chiesi’s TRINITY study.

For the second time, Chiesi’s extrafine fixed dose ICS/LABA/LAMA triple therapy earns a place in the pages of The Lancet, with the publication of Chiesi’s TRINITY study.

Today, The Lancet has published the results of TRINITY study,1 which for the first time has demonstrated the superiority of the extrafine ICS/LABA/LAMA triple fixed dose combination therapy, developed by Chiesi, compared to the LAMA tiotropium, one of the standard treatments for Chronic Obstructive Pulmonary Disease (COPD).

The study led by Jørgen Vestbo, former President of the European Respiratory Society (ERS) and Professor of Respiratory Medicine at the University of Manchester (UK) and the University of Southern Denmark, was conducted on 2,580 patients over the age of 40 with severe or very severe COPD. Patients were randomly assigned to one of three arms: one treated with the triple fixed dose combination (ICS/LABA/LAMA), another with an extemporary triple therapy (a fixed dose combination of ICS/LABA plus a LAMA, taken in two different inhalers) and a third with the LAMA tiotropium.

Chiesi’s fixed triple combination is superior to the LAMA tiotropium over 52 weeks of treatment based on the following statistically -and clinically - significant effects:

Another important finding is the absence of an increased risk of pneumonia associated with the use of ICS. Moreover, the efficacy and safety of the triple fixed dose combination were not inferior to those of the extemporary triple combination, with the added advantage of using only one device to deliver all three active drugs:

A further advantage is provided by the extra fine particle formulation which allows the active principles to reach not only the central airways, but also the small airways. COPD is characterized by chronic inflammation causing structural changes, narrowing of the small airways and destruction of the lung parenchyma2. It is estimated that small airways impairment is present in up to 90% of COPD symptomatic patients3.

In the TRILOGY4 study published last September in The Lancet, the same triple fixed dose combination from Chiesi had already demonstrated superior efficacy compared to a fixed dose combination therapy with ICS/LABA (a standard of care in COPD) for a large number of clinical parameters, reducing the annual exacerbation rate by 23%, while improving pulmonary function and reducing dyspnea.

The editorial published in The Lancet

The TRINITY study report is accompanied by an editorial5 by Leonardo M. Fabbri and colleagues. Professor Fabbri is Professor of Internal and Respiratory Medicine at the University of Modena and Reggio Emilia. The editorial discusses combination therapy for COPD in light of the newly published results and the recently revised treatment guidelines in the 2017 GOLD Report2, the latest edition of the Global Initiative for Chronic Obstructive Lung Disease (GOLD).

“Compared with tiotropium, triple therapy showed a significant (20%) reduction in the rate of moderate-to-severe COPD exacerbations together with a significant improvement in lung function (both primary outcomes)” - Professor Fabbri underlines - “Vestbo et al.’s study provides first-time evidence of the superiority of triple therapy over LAMA alone, particularly tiotropium, the most studied and clinically effective LAMA6, on moderate-to-severe exacerbations and, importantly, without the increased risk of pneumonia due to ICS, as instead reported in a recent large real-life study7”.

In previous versions up to 2016, for patients with severe COPD – symptomatic patients at risk of exacerbations and/or with severe airflow limitations, the GOLD guidelines recommended treatment with LAMA or LABA, in combination with ICS8.

The 2017 revision of the GOLD Report introduced a new classification of disease severity into four categories: ABCD based on symptoms and exacerbation history, whereas the assessment of pulmonary function is now mainly reserved to confirm diagnosis.

According to Professor Fabbri, the results of TRILOGY and TRINITY provide strong evidence to support the effectiveness of triple therapy for patients with COPD severity now defined as Group B: (highly symptomatic but at low risk of exacerbations), despite the fact that these new GOLD guidelines recommend long-acting bronchodilators alone or in combination for such patients, but no combination that includes ICS.

“Without a doubt” – Professor Fabbri concludes – “this classification/recommendation will need to be revised in the 2018 edition of GOLD. And of course, properly designed long-term randomized clinical trials (RCT) should be performed with triple therapy in patients with GOLD Group B COPD (i.e., the elderly, frail, multi-morbid patients that are usually underrepresented in RCTs). Such studies should have the ambition to include hospitalization and survival as outcomes”.

The new patient categories according the 2017 GOLD Report

Category A: the patient had no exacerbations or only one exacerbation that did not lead to hospitalization and has moderate symptoms.

Category B: the patient had no exacerbations or only one exacerbation that did not lead to hospitalization and has more severe symptoms.

Category C: the patient has had at least one exacerbation that led to hospitalization or, in any case, two or more exacerbations, and has moderate symptoms.

Category D: the patient has had at least one exacerbation that led to hospitalization or, in any case, two or more exacerbations, and has more severe symptoms.

The respiratory function is categorized in four groups with increasing level of functional limitation and is expressed as GOLD 1, GOLD 2, GOLD 3 and GOLD 4.