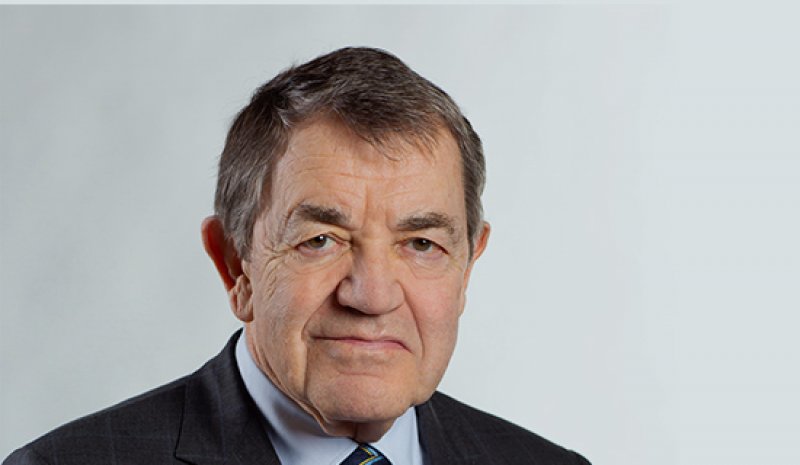 Stockholm May 10, 2019 – Chiesi Farmaceutici, an international research-focused healthcare Group (Chiesi Group), is proud to announce that Paolo Chiesi, Vice President Chiesi Group, is appointed Honorary doctor at Karolinska Institutet for his long-standing commitment to vital treatment of the lungs of premature babies. The ceremony will take place today in the Blue Hall of the Stockholm City Hall, location of the annual Nobel Ceremony. The title of honorary doctor at Karolinska Institutet (KI) can be given to a graduate who has made great efforts for science, humanity or KI, or in other ways favoured research and development within KI's sphere of interest but did not receive a doctorate.

“I am very honored to receive this award from one of the world's most prestigious and respected medical universities. This is also a great opportunity to meet again in Stockholm some of the most prominent researchers I worked with in the 80s. Our cooperation has continued over the years and we have become close friends over time,” comments Paolo Chiesi.

A life- saving treatment for premature babies. Paolo Chiesi is awarded for his long-standing commitment to the surfactant Poractant Alpha . It was developed by two researchers at Karolinska Institutet Tore Curstedt and Bengt Robertson, in the 80s to prevent lung collapse in premature babies. Surfactant is naturally produced in the lungs, but premature babies do not have sufficient amounts, which can lead to shortness of breath, oxygen deficiency and ultimately even death.

After a very successful first test where a child with acute breathing problems was quickly restored by the treatment, the researchers sought collaboration with the pharmaceutical industry to be able to continue the production on a larger scale and found in Chiesi Farmaceutici and Paolo Chiesi a committed ally. At the time Dr Chiesi was the Head of Research and Development in Chiesi Farmaceutici S.p.A and chose to invest in the project. Over the years, more than four million premature babies have been treated with this drug that is now available in 97 countries.

Continued research has led to new successes. Since the beginning of the 80s, the collaboration has continued even after the successful launch of Curosurf, with Chiesi continuing to support research and annual international scientific meetings. The research has resulted in improved and less invasive methods for the administration of surfactant as well as a synthetic surfactant that is under development.

Paolo Chiesi will receive the award in the famous Blue Hall (location of annual Nobel Ceremony) in Stockholm City Hall today, May 10, followed by a gala dinner in the Golden Theatre.

Click here for The Karolinska Institute's press information about the award.

Based in Parma, Italy, Chiesi Farmaceutici is an international research-oriented group with over 80 years’ experience in the pharmaceutical sector, and is present in 27 countries. The group researches, develops and commercialises innovative medicines in the respiratory disease, special care and rare disease therapeutic areas. The Group’s Research & Development centre is based in Parma (Italy) and integrated with 4 other important research and development groups in France, the USA, the UK and Sweden, to promote its pre-clinical, clinical and registration programmes. The Group employs around 5,700 people.