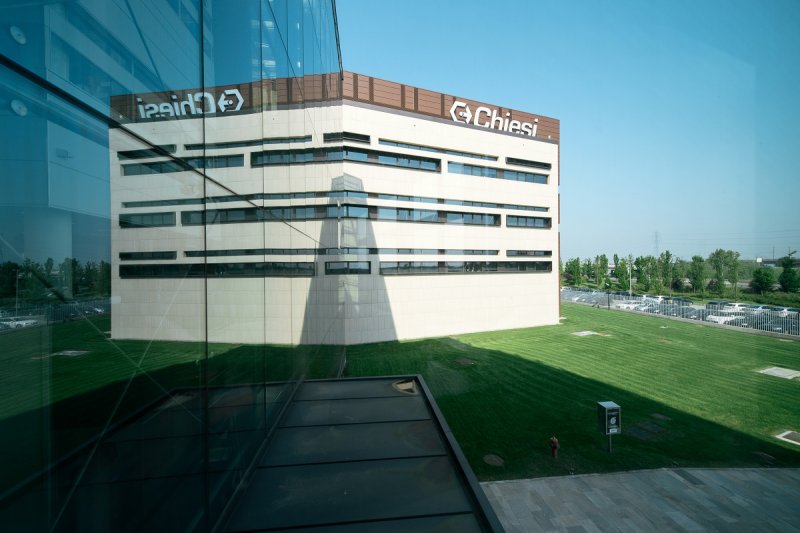 Protalix BioTherapeutics Expands Partnership with Chiesi Farmaceutici to Include Exclusive U.S. Rights for the Development and Commercialization of PRX-102 (pegunigalsidase alfa)

PARMA, Italy, July 25, 2018 -- Chiesi, an international research-focused healthcare Group, today announced the expansion of its partnership with Protalix BioTherapeutics, Inc. (NYSE American:PLX, TASE:PLX), a biopharmaceutical company focused on the development and commercialization of recombinant therapeutic proteins expressed through its proprietary plant cell-based expression system, ProCellEx®. Protalix and Chiesi entered into an exclusive U.S. license and supply agreement which grants to Chiesi the United States rights for the development and commercialization of PRX-102 (pegunigalsidase alfa), the Company’s chemically modified version of the recombinant protein alpha-Galactosidase-A protein, for the treatment of Fabry disease. In October 2017, Protalix announced an exclusive partnership with Chiesi for the development and commercialization of PRX-102 for the treatment of Fabry disease outside the United States.

Under the terms of the U.S. license and supply agreement, Protalix is entitled to an upfront payment of $25 million from Chiesi and additional payments of up to a maximum of $20 million in development costs, capped at $7.5 million per year. Protalix is also eligible to receive additional amounts in regulatory and commercial milestone payments, and tiered double-digit payments based on Chiesi net sales as consideration for product supply. Protalix will continue to be the manufacturer of PRX-102 for clinical development and commercial purposes.

“We are very pleased to expand our collaboration with Chiesi, a growing global company with well-established global commercial infrastructure with a fast-growing commercial presence in the U.S. Chiesi’s global investment of $95 million in upfront payments and development costs reimbursement, and the additional milestone payments, combined in the two agreements reflects Chiesi’s true commitment to the Fabry space,” commented Moshe Manor, Protalix’s President and Chief Executive Officer.

“We believe PRX-102 has the potential to transform the treatment of Fabry disease and are excited to now have exclusive commercial rights to PRX-102 worldwide,” said Ugo Di Francesco, Chiesi’s Chief Executive Officer. “The more we work with Protalix and see the progress made in the development and the product’s characteristics, it becomes abundantly clear the significant role PRX 102 could have in the underserved Fabry market and to potentially change the treatment paradigm to the benefit of all stakeholders. We believe this U.S. license agreement will bring many synergies in our fast-growing U.S. presence in rare diseases.”

Additional details regarding the collaboration can be found in Protalix's Form 8-K to be filed with the Securities and Exchange Commission.

Protalix is a biopharmaceutical company focused on the development and commercialization of recombinant therapeutic proteins expressed through its proprietary plant cell-based expression system, ProCellEx®. Protalix’s unique expression system presents a proprietary method for developing recombinant proteins in a cost-effective, industrial-scale manner. Protalix’s first product manufactured by ProCellEx, taliglucerase alfa, was approved for marketing by the U.S. Food and Drug Administration (FDA) in May 2012 and, subsequently, by the regulatory authorities of other countries. Protalix has licensed to Pfizer Inc. the worldwide development and commercialization rights for taliglucerase alfa, excluding Brazil, where Protalix retains full rights. Protalix’s development pipeline includes the following product candidates: pegunigalsidase alfa, a modified version of the recombinant human alpha-GAL-A protein for the treatment of Fabry disease; OPRX-106, an orally-delivered anti-inflammatory treatment; alidornase alfa for the treatment of Cystic Fibrosis; and others. Protalix has partnered with Chiesi Farmaceutici S.p.A., both in the United States and outside the United States, for the development and commercialization of pegunigalsidase alfa.

Based in Parma, Italy, Chiesi Farmaceutici is an international research-focused Healthcare Group, with over 80 years of experience in the pharmaceutical industry. Chiesi researches, develops and markets innovative drugs in the respiratory therapeutics, specialist medicine and rare disease areas. Its R&D organization is headquartered in Parma (Italy), and integrated with 6 other key R&D groups in France, the USA, the UK, Sweden and Denmark to advance Chiesi's pre-clinical, clinical and registration programmes.  Chiesi employs nearly 5,300 people.