Welcome to
Chiesi group
Home > Press release > The Chiesi Group is one of the 8 Italian... 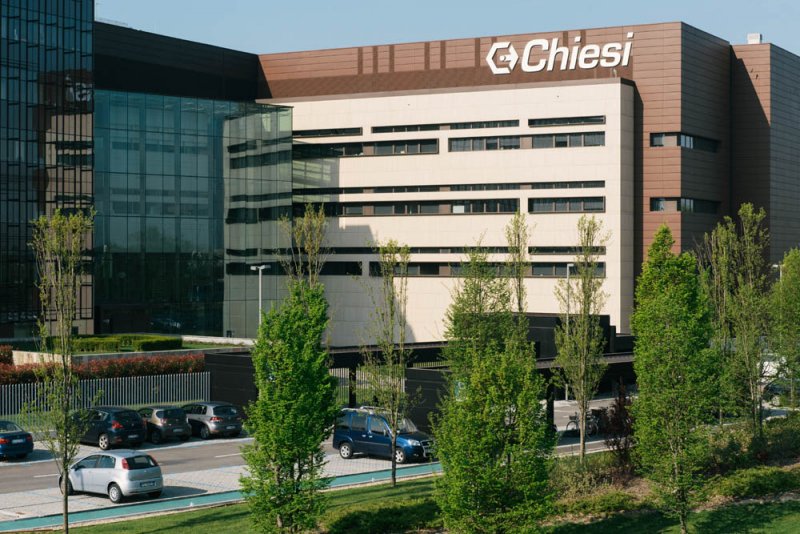 Versailles (France), January 22, 2018 - The Chiesi Group, represented by the CEO Ugo Di Francesco, took part at the French International Summit. Event wanted by the President of the French Republic Emmanuel Macron, who saw protagonists CEOs and Presidents of the world's largest multinational companies, members of the French Parliament, senior decision-makers in the public sector and chief executives of some of the leading French companies. The main aim of the Summit was to discuss the French economic strategies, the changes taking place and job creation through direct contact between the main actors of the local economy and the highest institutions.

"I saw in the French President and his team a big determination to reevaluate the brand France, and I find that involving the main foreign investors to discuss the competitiveness and attractiveness of their country is a sign of concreteness that spreads great confidence" says Ugo Di Francesco, CEO of the Chiesi Group. "I hope that initiatives of this kind will become more and more frequent also in Italy, where realities of excellence like ours are not always adequately understood and supported. France occupies an increasingly important position in the Group's industrial strategy. Being here today demonstrates the credibility that Chiesi Farmaceutici has been able to earn in over twenty years of business supported by major investments ".

Chiesi is the first among the Italian pharmaceutical companies, second among the manufacturing companies, fifth among all the Italian companies and fifteenth among the European pharmaceutical multinationals [1] The Chiesi Group has invested in Research and Development activities in 2016/2017 over 340 million euros, with a 12.6% growth on the previous year. A significant result considering that the average R & D of companies in all sectors in 2016/2017 was at 5.8%.

The Chiesi Group has been present on the French market since 1992. The French subsidiary of the Group, based in Paris, focuses its activities on Research and Development, marketing and production of medicines for respiratory diseases and for the therapeutic areas of neonatology, rare diseases and special care. Chiesi employs more than 320 people in France, 20 of which are dedicated to research and development activities and has a turnover of over 117 million euros.

in the Blois plant has been investments that have almost dubleted its surface area, reaching an area of 8200 square meters with an increase in employees from 40 to 90 people. Thanks to a further investment of 22 million euros in a new production line, the total capacity of pharmaceutical packaging reaches today 20 million units per year.

Based in Parma, Italy, Chiesi Farmaceutici is an international research-focused Healthcare Group, with over 80 years of experience and based in Parma and present in 26 countries. Chiesi researches, develops and markets innovative drugs in respiratory therapeutic areas and specialized medicine. In 2016, the company achieved a turnover of over 1.57 billion euros, an increase of 7.0% compared to 2015. The Parma Research Center, the laboratories of Paris (France), Cary (USA), Chippenham and Oxford (UK) and the R & D team of the Danish subsidiary Zymenex collaborate on the Group's pre-clinical, clinical and regimen programs. Chiesi employs over 5,000 people, 671 of which are dedicated to research and development activities and regulatory activities